Kathy and I had decided we were going to begin our retirement in Colorado and had just purchased a developed lot near Pine Junction from Bud and Claire Moore who were the developers of Pine Meadows where our lot was located. The next steps were to retain an architect and find a builder who we could trust to build the home we wanted without having to look over his shoulder every week to ensure the project was preceding properly. Since Bud and Claire also owned a home construction company under the name of American Craftsman we discussed our needs with them, looked at other construction projects they were managing and decided to use them as our builder. Our decision to select them was based the quality of work we saw in the other projects, the straight forward transparent approach described in the proposed contract and the integrity we believed we saw in the way they discussed our project. Having worked in government contracting many years, I have learned that good contracts make good friends; we liked the terms of the contract we signed which laid out clear expectations of each party, outlined decision dates, offered quality suppliers and passed the builders pricing to the purchaser on all materials. The contract provided a roadmap of our responsibilities as well as the expectations we should have from the builder at all stages of construction.

Since we were living 1500 miles from the job site at the time of construction and visited the area about every six weeks, communication with the Moore’s was critical. From inception to completion we received regular updates and photographs of progress and were immediately informed by phone and/or email of any difficulties being encountered that required an input from the buyers. This was of particular importance in drilling the well which required additional effort to improve the flow. We never believed that any cost bearing or design decisions were being made without our input. The project stayed on schedule and the few minor adjustments we requested in the original plan were accommodated readily without issue. All invoices were supported by the actual statements from all suppliers and subcontractors with full disclosure for work done during the period. There were no surprising overruns during the project and the home was completed exactly as we had expected. More importantly, our trust in Bud and Claire’s ethics and integrity only grew as the project proceeded. We knew that we had a team that was concerned about what we wanted and would work hard to ensure we were satisfied. Finally, our relationship with Bud and Claire that started with a contract and handshake has grown into a lasting friendship. We would recommend American Craftsman to anyone who desires quality in a custom home from a team with the highest ethical standards who can be trusted to provide the customer excellence from project start to finish.

It is so nice to be able to open our home to everyone. We were so happy that the house turned out exactly how we envisioned being able to entertain. We gave lots of tours that night and everyone loved and felt at home. It’s good to hear the feedback from everyone. It was nice that Christie had that wonderful feedback and compliment. 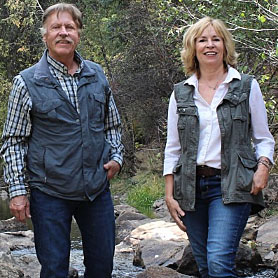 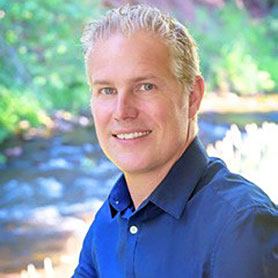 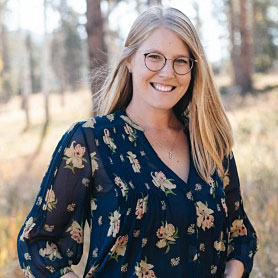